Alexandra has just been appointed the 2013 winner of the Alexander Kelly Memorial Prize.

“Alexander Kelly was one of Britain’s most eminent piano teachers, and one of its most loved. Early in his distinguished performing career he was made a professor at the Royal Academy of Music. For the next 30 years he made an enormous impact on the generations of pianists who flocked to study with him there.
His first experience of the RAM had been as a 17-year-old, when a Caird scholarship enabled him to leave his native Edinburgh in 1946. He broke off his studies for National Service in 1949, resuming them two years later. In addition to piano lessons with Harold Craxton he also learnt composition with Lennox Berkeley.
The concert life that followed was wide-ranging both in the repertoire Kelly played and the places where he performed. He was passionate about the Classical period, and his Festival Hall debut was in C.P.E. Bach under Beecham. He also played Beethoven’s Diabelli Variations at the Wigmore Hall and at the Edinburgh Festival.
He brought the same commitment to new music, giving many first performances both nationally and on tours to Eastern Europe, Asia and New Zealand. Scottish composers in particular have much to thank him for: Thomas Wilson’s Piano Sonata was a favourite piece, and he also played works by Robert Crawford, Martin Dalby, David Dorward, Thea Musgrave and John Purser. Peter Wishart wrote a Piano Concerto as a wedding present for Alex Kelly and the cellist Margaret Moncrieff when they married in 1957.
Margaret also had pride of place among Alex’s duo partners. His natural pianistic gifts combined with a gregarious personality and an outrageous sense of humour to make him an ideal chamber musician. The violinist Jean Harvey, the flautist William Bennett and the tenor Duncan Robertson were among the other artists he worked with, a line that ended, touchingly, with another cellist, his younger daughter Alison Moncrieff-Kelly.
Along with Kelly’s other daughter, Catriona, Margaret and Alison were ex-officio members of the teaching team: producers of endless cups of tea, pourers of endless glasses of wine. To be taken on as a pupil was to be absorbed into the Kelly family. Together they created an atmosphere that welcomed and nurtured, a household of ideas (you had to clear away the books to make room for the cups of tea) that became home from home for decades of students.
As a teacher Kelly had the great gift of finding the good in his pupils. The glass was always half full, never half empty. However anxious or depressed you were when you went in to a piano lesson, you came out playing better. And more often than not, laughing. Like everything else about Alex Kelly, his vision of music was generous. Lessons took in God, sex, pictures, poetry. (More books, this time cluttering up the piano.) He loathed playing that was dry. Everything had to say something, everything had to have emotion.
The very antithesis of a career teacher, Kelly had no interest whatever in empire-building. His was an empire that spread of its own accord. And while his appointment in 1984 as Head of Keyboard marked the peak of his career at the RAM, it was the contact with students in his day-to-day teaching that continued to give him the greatest satisfaction. Those students have enriched British musical life: Michael Dussek, Vanessa Latarche, David Owen Norris, Jonathan Plowwright and the late Alan Gravill were all Kelly pupils. He cared less, though, about the technical excellence of whoever was playing to him than their musical integrity. He was equally prepared to be moved by a child or an enthusiastic amateur.
Theoretically, Alex Kelly retired in 1992. He retired in name alone, throwing himself into ever more examining and adjudicating, constitutionally incapable of refusing anyone who asked him for help. His influence extended far beyond his own pupils. Classic FM broadcast a series of his masterclasses, and the Caird Scholarships, the Associated Board and the Scottish International Piano Competition all benefited from his wisdom. You sat beside him in any official capacity at your peril, so monstrous were his jokes, so scurrilous his scribbled notes. As a colleague he showed the same qualities that marked his teaching and his life: warmth, charity and generosity.
Alexander Kelly, musician: born Edinburgh 30 June 1929; Professor, Royal Academy of Music 1960-94, Head of Keyboard 1984-92; married 1957 Margaret Moncrieff (two daughters); died London 23 October 1996.” 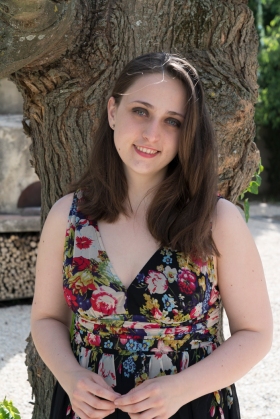 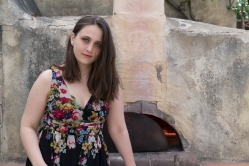 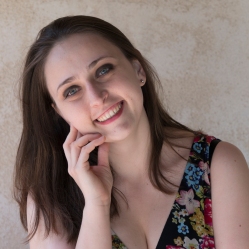 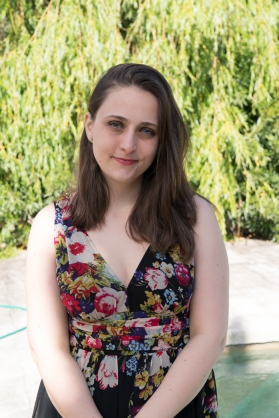 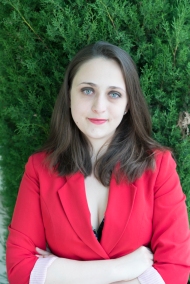 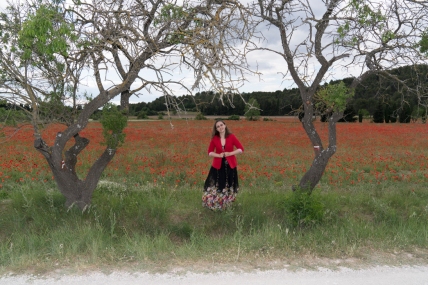 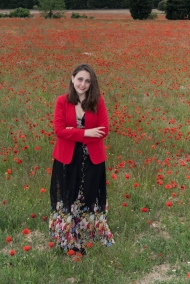 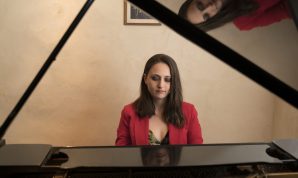 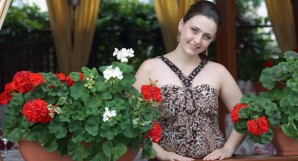 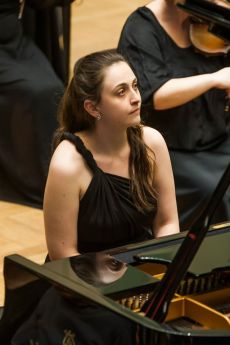 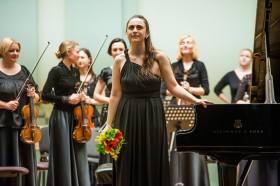 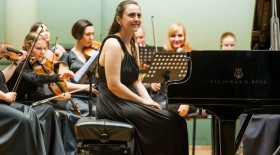 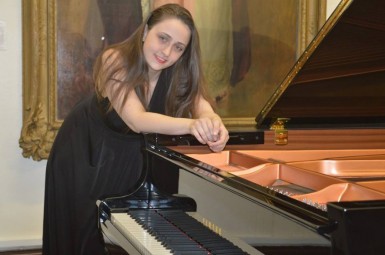 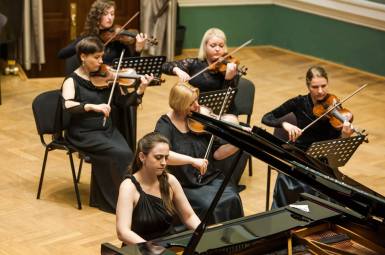 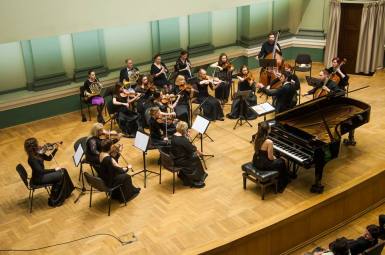 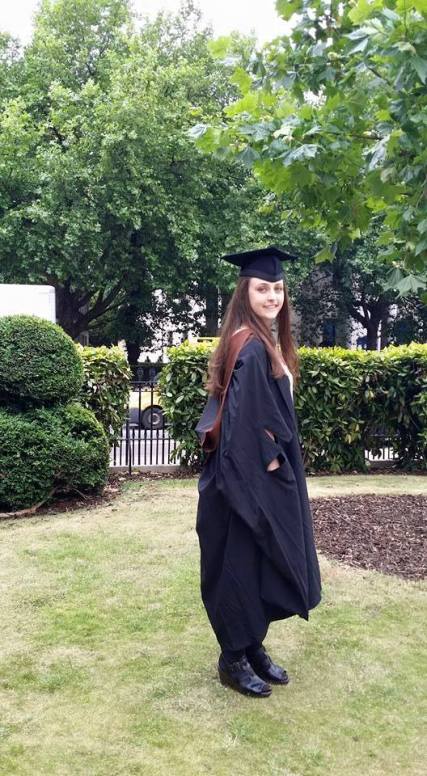 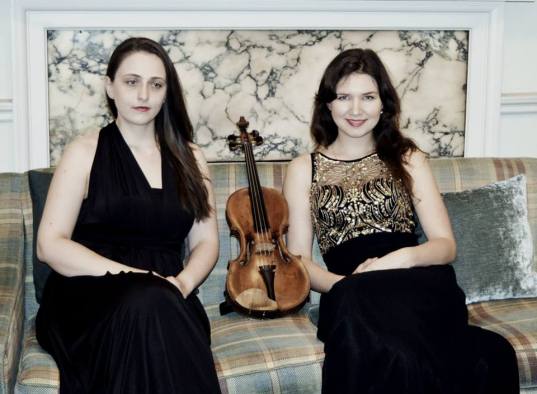 Ugne Tiskute and Alexandra Vaduva in 2015 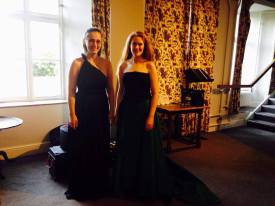 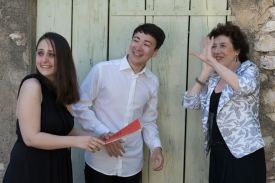 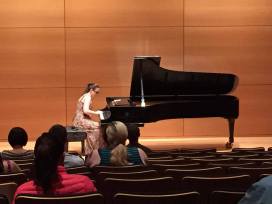 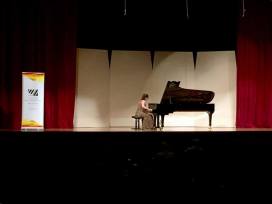 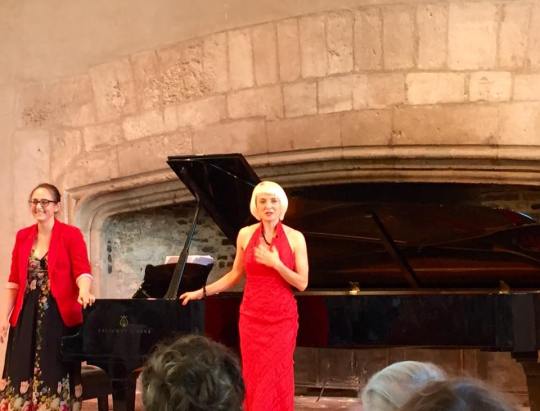 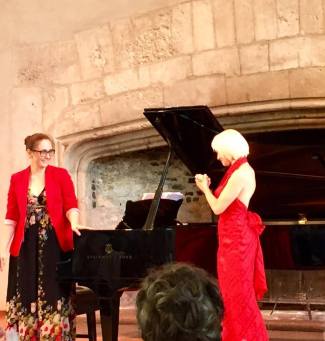 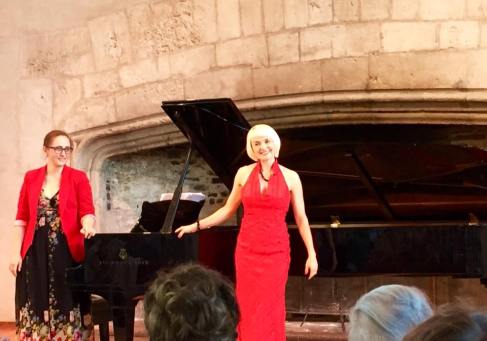